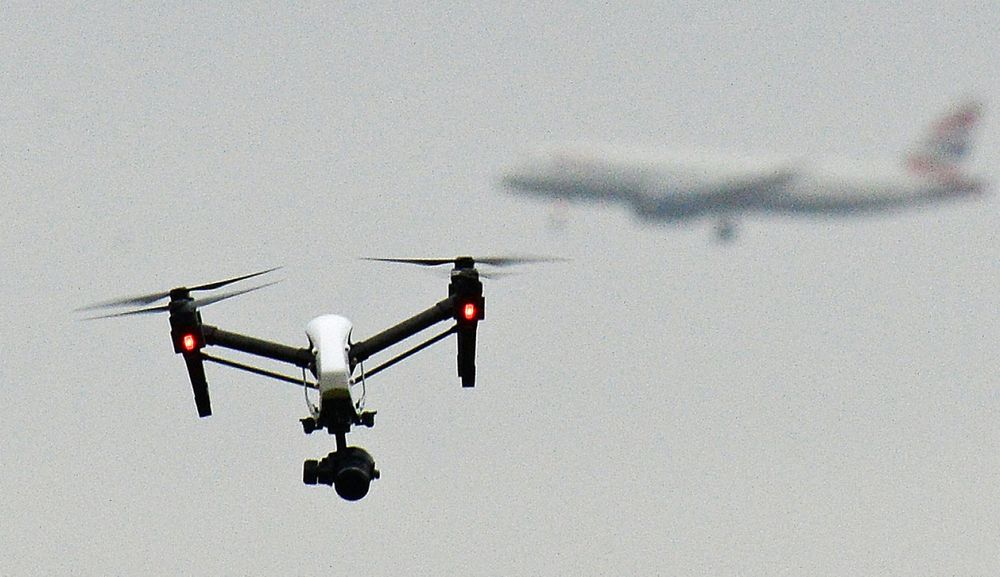 Drone maker DJI has demonstrated a way to quickly identify a nearby drone, and pinpoint the location of its pilot, via a smartphone.

The technique makes use of a protocol called “Wi-Fi Aware”, with which the drone essentially broadcasts information about itself.

The company said it would help prevent security threats and disruption, and give members of the public peace of mind.

But experts believe sophisticated criminals would still be able to circumvent detection.

“It’s going to be very useful against rogue drones,” said Ulrike Franke, a policy fellow at the European Council on Foreign Relations, who studies the impacts of the drone industry.

“But it’s not going to be enough to fight people with real bad intentions, because these are going to be the first people to hack this system.”

DJI told the BBC it could add the functionality to drones already on the market via a software update.

However, a spokesman said that will only happen once pending regulation regarding remote identification of drones has been agreed upon.

He added that DJI has not yet decided whether it will force its customers to install the update.

‘Right behind that building’

While the majority of drone operators act properly, there have been a number of high-profile instances of pilots behaving illegally – and others where suspicion of drone activity has caused huge disruption.

In December 2018, Gatwick Airport, in Sussex, England, was brought to a standstill after reports of a drone apparently flying in protected airspace.

“If Gatwick staff had a smartphone enabled with this capability in their pockets,” explained Adam Lisberg, from DJI, “they could have taken it out, seen a registration number for the drone, seen the flight path, and the location of the operator.

“They could look on the map and say: ‘Right behind that building.’”

Mr Lisberg said the same method could be used to help build trust. One scenario, he suggested, might be a member of the public using an app to discover a nearby drone was owned by a construction firm, and was inspecting a roof at a particular address.

“That sounds like a step in the right direction,” added Ms Franke. “If we are moving into a world where drones will be more ubiquitous, we do need for anyone to get a sense of whether a drone is there for a legitimate reason or not.”

All drone manufacturers will eventually need to adopt a system of remote identification in order to comply with upcoming regulation set to be put in place in different countries.

The US Federal Aviation Administration, along with the country’s Department of Transport, is expected to unveil proposed rules for mandatory remote drone ID next month – though that move as been repeatedly delayed.

Even once agreed upon, the measures could take more than a year to implement. The FAA has told drone makers to come up with their own solutions in the meantime.

DJI said it would roll out its Remote ID capabilities once its obligations were more clear. It could apply the changes to drone models dating back “several years”, it said.

Widespread adoption of the technology will also be held back somewhat by so-far limited inclusion of the “Wi-Fi Aware” protocol in popular smartphones, such as Apple’s iPhone, which currently does not support it.