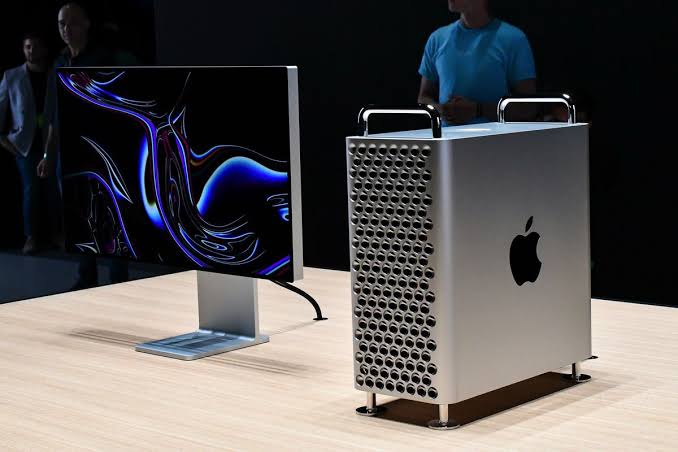 Back in June 2019 Apple announced that a brand new Mac Pro would go on sale this autumn. That’s just over two years after Apple said it would start selling a new Mac Pro, and six years after introducing the previous version of the professional-grade Mac.

Now Apple has confirmed that the new Mac Pro will soon be available to buy. The Mac Pro, and the new Pro Display XDR will go on sale in December. We don’t have an exact date, but if the launch of the Mac Pro back in 2013 is anything to go by, we could see it on 19 December.

The original announcement that the Mac Pro was in the pipeline was made at WWDC on 3 June 2019. When the Mac Pro goes on sale, it will do so in conjunction with the new Apple Display.

Apple has said that the new Mac Pro will be available to order this December. No specific date has been officially announced though.

We might get a clue from 2013. In 2013 Apple launched a new Mac Pro in December having announced it in June that year. Back then the Mac Pro launched on 19 December (a Thursday), although supply was very constrsined initially, with many customers waiting until February 2014 before they received their machine. Hopefully the supply will be less contrained than it was in 2013.

This year the 19 December is a Thursday again. The Mac Pro will surely launch before 20 December.

There have been plenty of indications that the Mac Pro will be available soon. DJ Calvin Harris posted video to Instagram showing the Mac Pro on the floor next to his desk, according to a 9to5Mac post.

Apple has updated its Configuration Utility with instructions for technicians wishing to put the Mac Pro in DFU mode (used for diagnostics and repair), via MacRumours. That sites’ source suggested that the new information indicates that the Mac Pro will soon launch.

At one point, Apple appeared to be suggesting that the new Mac Pro would arrive in September, when the following appeared on Apple’s website. If the company ever intended for the Mac Pro to be ready by September, it missed that deadline.

The new Mac Pro starts at $5,999 for the 8-core Intel Xeon 3.5GHz model, with 32GB RAM, 256GB SSD, and Radeon Pro 580X graphics card, but there will be multiple build-to-order options and configurations available with up to 1.5TB of RAM, Radeon Pro Vega II Duo graphics and a 28-core Xeon.

In addition there will be additional units and expansion modules that can be purchased separately, including the Mac Pro Expansion Module (MPX Module) and Afterburner. ,and wheels (which we assume will be sold in packs of four). More on the extras you can buy separately below.

This is a computer with a high price that will appeal to very few people.